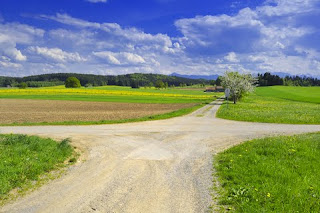 Are you familiar with the I would nevers? I was thinking about some I would nevers from my teenage years, I had lots of them. I would observe other people (either peers or adults) and the poor choices they made and think to myself…Boy, I would never do that!

Twenty some years later as I think back on some of my I would nevers, I can recall many promises that I made halfheartedly to myself and to God. So many promises that were eventually broken. My beliefs were put to the test and I caved. On many occasions, I justified and rationalized why some of my self-imposed “I would never rules” were okay for me to break. Apparently, I was the exception to my own rule.

When I think of all these I would never moments, I can’t help but think about Peter, a famous I would never man. Jesus warned Peter that he (along with the other disciples) would abandon him during his final hours on earth before being crucified. Remember Peter’s words…”Even if all fall away on account of you, I never will…Even if I have have to die with you, I will never disown you…”

Peter, the man who at one point had had the courage to get out of a boat and for a brief moment have enough faith to walk on water with Jesus, when he was put to the ultimate test of acknowledging Christ… caved in his fear. Peter was so, so…human!

I don’t know about you, but I really relate to Peter. Everyday we make choices. Will we trust that God is bigger than anything we will face today…or wont we? Will we choose to live in fear or in faith?

Nowadays, I don’t look at other people and think… I would never make that mistake. Instead, I think about all the times I ran away from Christ or denied Him because I was too afraid to trust that He would take care of me. Nowadays, because of my own experiences and my own failures, I look at others who fail and am reminded that I will never be able to measure up. I could never and will never make it without His strength and without His continual grace in my life!

Yesterday at church I was reminded of a passage of scripture. “By His wounds we are healed.” (Isaiah 53:5) His love for us is our only hope.

3 thoughts on “A case of the I would nevers”