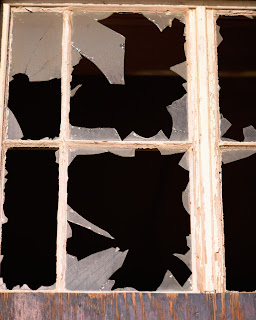 I used to love watching Extreme Home Makeover. One of my favorite episodes was when the extreme team came to help build a house for a man who felt called to take in people in his community who many might consider “less than deserving”. He would offer a place to stay to people who were really trying to get back on their feet and start their life over after serving time in prison or after struggling with an addiction to alcohol or drugs.

What stuck with me was the man’s response when lead designer, Ty Pennington, asked him why he felt a desire to do this. The man responded by explaining that he had experienced seasons of rough times in his own life and how much he needed help too. He ended his answer by simply saying, “I fell in love with broken people.”

The dictionary certainly doesn’t define the word broken in the most positive light. Here are just a few of the definitions listed: fragmented, torn, ruptured, reduced to submission, weakened in strength, not smooth, irregular, rough, ruined, bankrupt.

Broken people. The man’s response made me smile. It’s interesting to me that despite the negative way broken is defined, when used in the context of describing people, the word fills me with hope.

In fact, I think being described as broken might be the greatest compliment you could pay me. I spent a huge portion of my life believing that I could get through this life on my own. I didn’t need help. I was in control. But for some reason, this control that I thought I had over my life never brought me much peace or contentment on the inside.

It wasn’t until I acknowledged that I wasn’t strong enough, or good enough or smart enough to make it through this life (or the next one) on my own, that I finally discovered real peace. I truly believe that genuine peace only comes when we become willing to acknowledge our brokenness and when we acknowledge our need for the One who was sent to mend our brokenness– putting the pieces of our life back together.

7 thoughts on “Broken is beautiful”