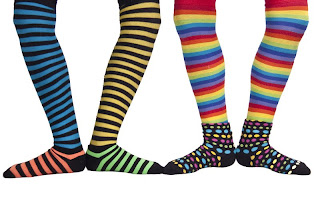 I love one of the radio stations I sometimes will listen to in the car on my trips into town. Today I heard “Here Comes the Sun” by the Beatles, then “In A Big Country” by Big Country and then “Suddenly I See” by KT Tunstall. When I got back in the car on my trip home I heard, “Walk the Line” by none other than “The Man In Black”, Johnny Cash. I love the variety on this station. Up until two days ago, I had not heard “In A Big Country” in years. Since then, I have heard it playing on the radio twice.

This weekend was the weekend of my 20th high school reunion. Although I did not make the 2400 mile trip back to Sierra Vista, AZ to participate in the festivities celebrating Buena High School’s Class of 1990, “In A Big Country” had me traveling back in time to the 80’s. You know, kind of like what the DeLorean did for Michael J. Fox.

One thing I loved about the 80’s was the music, U2, Simple Minds, The Cars, Brian Adams, The Police, Big Country, Elvis Costello, Kate Bush, Men at Work, Peter Gabriel, Psychedelic Furs, REM…Oh…I could go on.

One thing I hated about the 80’s was the fashion. Not because it was particularly bad. I am certain there were other decades (the 70’s)that had even worse fashion sense (the 70’s). No, I disliked fashion in the 80’s mainly because I lacked fashion sense. And, I still lack fashion sense. I tend to opt for comfortable and practical rather than trendy. When I was kid, I at least attempted to care about fashion but usually ended up about 18 months behind when it came to discovering what was “in” and what was “out” of fashion. I usually caught the fashion wave just about the time it was going back out to sea.

I was in junior high when the movie, Flashdance, came out. Legwarmers were “in”. All the girls in my 6th grade class were wearing them over their jeans. As I mentioned earlier in this post, I went to high school in Arizona. So, you might be thinking right about now that maybe she went to junior high in Alaska? Nope, I was in Arizona.

Legwarmers… over jeans… in September… in southern Arizona.

As always, I caught this brilliant fashion wave just about the time it was going out of style. I remember requesting and getting two pairs of legwarmers for Christmas that year. One pair had horizontal purple, beige and white stripes. The other pair was blue. Even though I had requested the fashionable legwarmers, I never wore them(out of my house) for a couple of reasons. The first reason being I never felt I was “hip” enough to be wearing legwarmers over my jeans. The second reason was this underlying feeling that perhaps trying to warm my legs up when it was already 110 degrees might be unwise…call me crazy!

I didn’t intend to write about legwarmers. Perhaps, it was my 20th high school reunion that prompted this trip down legwarmer lane. But, in honor of this 20 year anniversary, I thought I would post the song that prompted this post in the first place…”In a big country, dreams stay alive like a lover’s voice fires the mountainside…” Make sure to check out the 80’s “in style” hairdos!