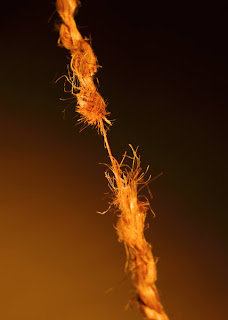 I recently read through the Book of Philemon. I have to admit, I don’t think I had ever given this book in the Bible much more of a glance before. It’s only one chapter long and consists of just 25 verses. So, I can’t use the excuse that the book was too long and too time consuming to study. I had no idea so many amazing lessons could be tucked into one tiny book of the Bible.

This short letter tells the story of Onesimus, a slave who runs away from his master, Philemon. After he runs away, Onesimus meets up with Paul who is in prison and becomes a Christian. Paul writes this letter to his good friend Philemon in hopes that he will choose to show Onesimus the same mercy,forgiveness,grace and acceptance that Christ shows us.

I love how this letter shows Paul’s love for a brother in Christ. He and Onesimus were connected because of Christ and Paul’s desire was for Philemon to see this connection too. In that society, Philemon had every “legal” right to have his slave put to death for running away…but Paul notes that perhaps there was a bigger purpose as to why his slave ran away. He found Christ! This reminds me of so many other stories in life when God uses our bad decisions and turns them around for His glory. And, although Onesimus was considered a “slave” in society, he was an equal brother in Christ.

Just wanted to add another lesson I took away from this letter after thinking on it some more. Paul forms such a deep friendship with Onesimus that he asks Philemon to “charge his account” if Philemon believes Onesimus owes him anything or has done anything wrong.

Do you see the connection? It’s rare to come across friends who are like this. A friend who is willing to say…Yes, punishment is called for, but if you must charge someone, charge me instead…I am willing to pay for his mistakes.

I am so thankful that Christ ultimately paid the price for each of us!

10 I appeal to you to show kindness to my child, Onesimus. I became his father in the faith while here in prison. 11 Onesimus[a] hasn’t been of much use to you in the past, but now he is very useful to both of us. 12 I am sending him back to you, and with him comes my own heart…

15 It seems you lost Onesimus for a little while so that you could have him back forever. 16 He is no longer like a slave to you. He is more than a slave, for he is a beloved brother, especially to me. Now he will mean much more to you, both as a man and as a brother in the Lord.

17 So if you consider me your partner, welcome him as you would welcome me. 18 If he has wronged you in any way or owes you anything, charge it to me.