I have an exciting update to this post from last week. Move Forward…Wobble If You Have To. 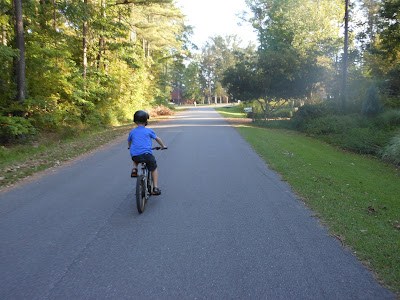 My son faced one of his fears this weekend. He is now, officially, a bike rider! We are thankful to a friend of ours who suggested we take the pedals off of our son’s bike for awhile and just allow him to simply push himself around the block and practice balancing.

He quickly reached the point where he could pick up his feet, balance, and coast for a long period of time. His confidence grew, and late last week he told his dad…

“I think I am ready for you to put the pedals back on.”

So Saturday, the pedals were put back on, and just like that, he took off! As his dad ran beside him, he kept saying, “I’m doing it, Dad! I can’t believe I’m doing it!”

Over the past couple days, our son has been on his bike more than he’s been off his bike. Yesterday, we were able to take the first family bike ride in a long time. It was fun. 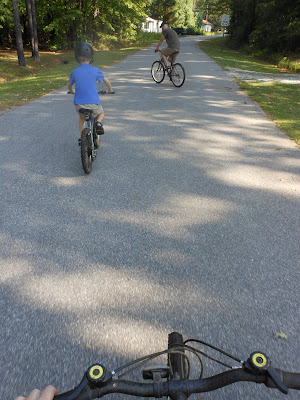 Then, later in the day, my son wanted to go out again. And as the two of us rode around the block, the cool breeze hitting our face, my son says to me, “Mom, who ever invented the bike was a genius!” 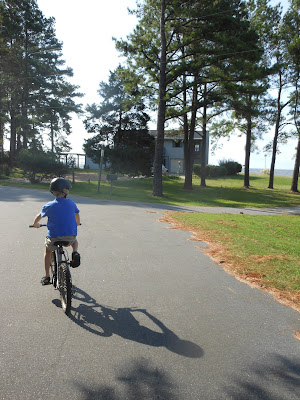 Linking up with Jen today over at Finding Heaven. Come join in!