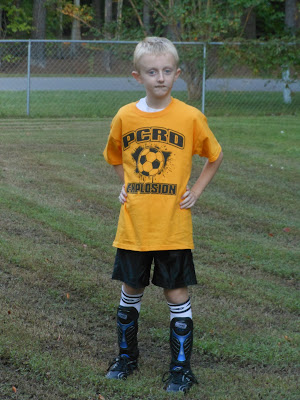 My son is playing organized soccer for the first time this year. It’s the first time, as a parent, I’ve gotten to stand on the sidelines and yell my support and my suggestions to the players. The coach of my son’s team, Coach Larry, is a rather gruff tell-it-like-it-is kind of person. It’s just what the team needs, I think.

During the course of one game, Coach Larry must shout these words out onto the field fifty times. “Don’t kick it up the middle…kick it to the side...to the side!!”

Last night he became so frustrated that he yelled to one of the players, “Billy, where are the sides? Point to the sides!” And the little boy proceeded to point to the left and to the right of him.

I smiled as I watched the team last night be advised (over and over) by the coach about the best route to take and then I watched them immediately take the other (not so wise) route.

As comical and as frustrating as it was to watch, I wondered last night if God ever feels like Coach Larry.

How many times must I remind you of the best route?

Why do you insist on doing exactly what I’ve told you not to do?

Why don’t you listen to my instructions? 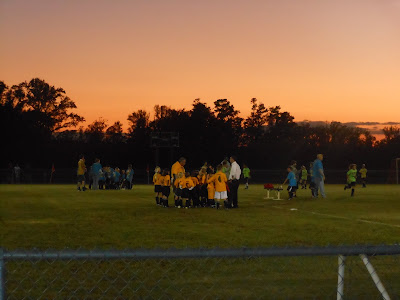 Truth is, there are seasons in our life when we all tend to listen to God like seven year old soccer players. But God, the ultimate coach, refuses to give up on us. If anyone deserves a bucket of celebratory Gatorade poured over His head at the end of the game of life…it’d be our Heavenly Father!

8 thoughts on “God Deserves The Gatorade”