Well, I guess it was only a matter of time. I’ve lived in rural North Carolina for about ten years now and this past week I can officially add “squirrel hunting” to my list of southern living experiences.

Well…sort of, depending on your perspective.

My hunting partner happens to be a professional wildlife catcher. I’ve nicknamed him “Jim the Squirrel Man.” I hired Jim the Squirrel Man to help me hunt some neighborhood squirrels who discovered a small hole in the eave of our house and decided to move in a couple of months ago. My very important job as squirrel co-hunter is to regularly check the trap secured to the side of the house and the two traps in the attic to see if we have been successful at bagging (trapping) any squirrels.

I suppose this will be the closest thing to actual squirrel hunting I will ever get. That’s fine by me.

The traps are baited with Skippy peanut butter (the chunky style). Apparently, in a national taste test, our little nut lovers overwhelmingly preferred chunky peanut butter to smooth :). So far, the tasty treat has been successful at luring one squirrel into the trap attached to the side of our house. This particular trap is disguised in black paper to make it look like the squirrel is simply going into another dark tunnel. But, once inside, the door shuts and then my job is to call Jim the Squirrel Man who then picks up Skippy the Squirrel and releases him into an environment that is a little more squirrel appropriate. Jim the Squirrel Man helps squirrels find their way back to the right path.

The traps that were set to lure the squirrels got me thinking about the many paths and the many choices we will make during our life time. This is what my current squirrel dilemma brought to mind today:

Wrong paths are easy to get stuck down.

We need Somebody in our life who sees the bigger picture and knows what path we really belong on. 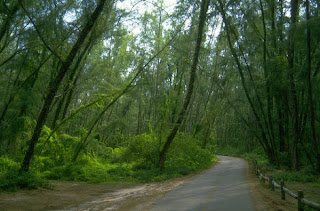 I desire to stay clear of wrong paths (I’ve taken far too many in my life). The only way I have discovered to avoid them is to stay close to the Lord. He sees the bigger picture and I need His guidance.

I run in the path of your commands for you have set my heart free
(Psalm 119:32)