I probably shouldn’t admit this but I now have taken to writing in the “library”. You know what I mean. No visual needed.

I recently finished reading a book where the author tackled the excuse people often make for not doing more of something they love to do. The “I don’t have time” excuse. Her solution was simple…you have to steal time. I like this advice. I have a six year old son who likes to talk and to interact. I love these qualities about him. However, the talking and interacting atmosphere is not very conducive to writing.

Yesterday, my husband and I took Sean to Kangaroo Jac’s, an indoor inflatable bouncy house paradise for kids. The little kid still living in me would have liked it too- had they allowed adults to go on. Kids were screaming, laughing, running, sliding and bouncing everywhere, simple and chaotic fun. I am not sure what makes bouncing so satisfying but I am pretty certain that it would be nearly impossible to bounce and frown simultaneously.

I noticed that the business had free Wi-Fi for adults who wanted to try to multitask. Several people had laptops. Several moms were just enjoying one-on-one grown up conversation. One lady was reading a book. I was amazed with her ability to focus on the pages in such a crazy environment. I was tempted to go over to her and see if she was wearing earplugs. I was impressed with her ability to “steal time”.

Lately, I am much more guilty of time stealing then I used to be. I’ve started “allowing” my husband to drive more, just so I can sit and read. I make sure I have a book with me all the time now. Last week I was able to steal time in the doctor’s office waiting for my son to see the doctor. I bring a book to work just in case I arrive early and I have a minute to steal. And, I always have paper and pen handy in case I feel compelled to put something down. 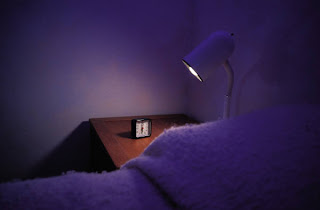 It’s been fun stealing time. I would encourage anyone to think about something they don’t have time to do…but really want to do…and then make time…steal time. Seconds and minutes have a way of adding up.

And, yes, consider stealing some time in the “library”.

Note: No library was used for the writing of this post. And if there had been…I certainly wouldn’t admit it. 😉