My 6 year old son and I had a conversation in the car this morning which still has me thinking. The conversation began when he made the following comment.

“Mom, there is a 4 year old little boy at my school who still only thinks all about himself.”

“Yeah. I stopped doing that when I was like 3.”

And so, our conversation began. As gently as I could, I broke it to my son that, believe it or not, there are still times when he still only thinks about himself. Everybody makes that mistake sometime. I mentioned how at times, people do think the world revolves around them. And then, of course, I had to explain what that meant. We discussed the topic of being selfish. I explained that some selfish behavior we do out grow, but there will still be occasions in his life where he will make the mistake of being selfish.

Then I said something that totally shocked him. “Even Mommy is selfish sometimes.”

“You are?” (I guess this day will go down in history as the day Sean discovered his mom was human.)

“Yeah Honey, I make that mistake sometimes too. And sometimes when I know I’m being selfish, I will pray and ask God to help me to not be selfish.” 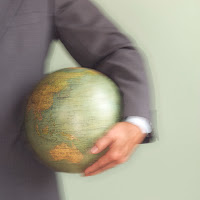 I started thinking about what I was supposed to learn from this deep philosophical discussion with my 6 year old son. The one lesson that comes to mind: Be more consistent with practicing what I preach.

One thought on “The Human Mom”