A memory came to mind last night as I climbed into bed. It’s not one I’ve thought about for a long time. Many of you know that I lost my mom to breast cancer when I was a teenager. I was thirteen when she was diagnosed and then she had a mastectomy followed by rounds of chemotherapy and radiation treatment.

When I was 17, her cancer reappeared and had metastasized into her bones. She then had to go back for more treatments. I would always accompany my mom on her trips to the radiologist. When we would arrive I would either grab the walker or the wheelchair from the trunk of our car, it all depended on how much pain she was in that day. I would sit in the waiting room while my mom would go back for her treatments.

Last night, I was thinking about one of these visits in particular. When my mom came back out from her treatment, I could tell she was upset and I could see tears in her eyes. When I asked her what was wrong, she told me that her normal technician had not been the one helping her to get up on the table that day. The technician helping her this particular day had no idea how to lift my mom onto the table without causing her more pain. She tried to explain to the man that the lady who usually would lift her up onto the table was able to do it in such a way as for it not to be painful. (Apparently, the lady who normally helped my mom was quite a bit smaller than this man and yet she had a technique that worked very well.) This technician had no desire whatsoever to take the time to listen to my mom and so in the process of lifting her, he caused her quite a bit of pain.

I remember being so angry at this man after hearing my mom’s account of what had taken place. The initial response that crossed my seventeen year old mind was to run back into the building and beat the snot out of the man. But another part of me (a bigger part of me) just wanted to go back in and talk to him. I just wanted him to understand how hurtful his actions had been. If he had only taken the time to listen to my mom and hadn’t been so bent on doing it his own way. I wanted him to grasp that this wasn’t just a patient…this was some one’s mom. This was my mom!

It’s interesting to me that the anger we sometimes feel towards others is really not anger at all. Not at the core. Hurt is so often disguised as anger. When we’ve been deeply hurt or we watch someone we love get hurt, sometimes we just want this hurt we feel to be validated. We want the offender to “get it.” We want them to truly understand where we are coming from and how much their actions have caused us pain. That is so much more valuable than revenge…or giving a radiologist a black eye. 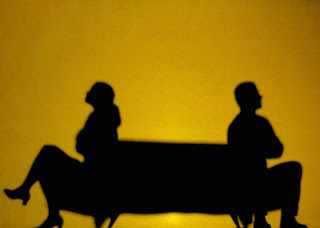 This memory reminded me of just how important it is for us to really be honest with ourselves. We lash out in anger. We shut down in bitterness. But anger and bitterness are not really the issues. If we allow ourselves to follow that anger and bitterness back to the beginning we will often find that it stems from being hurt. Those hurts are what we need to address.

5 thoughts on “The time I almost beat up a radiologist”