Oh, how great are God’s riches and wisdom and knowledge! How impossible it is for us to understand his decisions and his ways!

For who can know the Lord’s thoughts?
Who knows enough to give him advice?

And who has given him so much
that he needs to pay it back?

For everything comes from him and exists by his power and is intended for his glory. All glory to him forever! Amen.
Romans 11:33-36 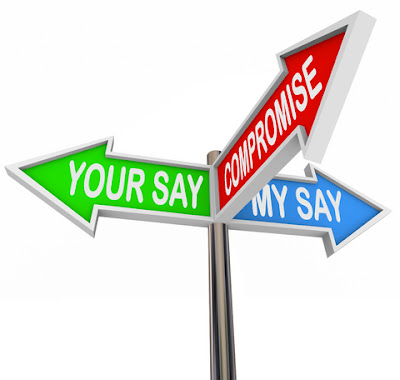 I still remember coming into my son’s preschool classroom to pick him up one day. He was about 3 years old and was playing with another little boy. I could hear them arguing discussing how they should go about playing with the stack of dinosaurs in front of them.

I peeked through the door and listened to them. I smiled when I watched my son practice his negotiating skills. “I know! We can compromise!” His little hands were stretched out in front of him and I think I saw a little light bulb pop up over his head.

Compromise. To make a deal. To negotiate.

Have you ever tried to make a deal with God? I know I have. One of the most memorable deals I attempted to make with him still makes me shake my head in disbelief. I had come up with a plan. A very fair plan, I thought.

God would win. And, I would win. Don’t you love win-win situations? Me and God were basically arguing over the stack of dinosaurs on the table and I had come up with a plan. Guess what, God? We can compromise!

I can still see God shaking His head and chuckling. Really?

Let me share with you what I’ve discovered about God. He doesn’t like to compromise. God is God and I am not. And God will go to whatever lengths to remind us and to teach us that He is the one in control. He is the one with the best plan. God has no desire to play the “compromise card” if it doesn’t address the one thing He is most concerned about…the condition of our hearts.

So, are there any areas in your life right now where you are trying to make a deal with God?

Put down your cards and allow Him to win. When He wins…you win.