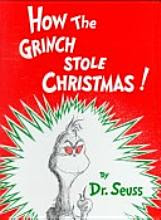 Last night I sat and watched How The Grinch Stole Christmas with Sean. It’s one of those movies during the holiday season that never seems to grow old. No matter how many times I’ve seen that mean old Grinch attach antlers to his little dog Max I will laugh every single time. Poor dog…he had one grumpy owner.

I woke up thinking about this portion of the movie again…

He hadn’t stopped Christmas from coming…IT CAME. Somehow or other it came just the same. And the Grinch with his grinch-feet ice-cold in the snow, stood puzzling and puzzling: “How could it be so?”
It came without ribbons! It came without tags! It came without packages, boxes or bags!”
And he puzzled three hours till his puzzler was sore. Then the Grinch thought of something he hadn’t before.
“Maybe Christmas,”he thought “doesn’t come from a store. “Maybe Christmas…perhaps…means a little bit more!” And what happened then? Well…in Whoville they say, that the Grinch’s small heart grew three sizes that day.”

Our circumstances, our actions or our attitudes can’t change the fact that Christmas came….somehow or other it came just the same. That’s because it is so much bigger than the nice little box we often try to wrap it up in every year.

The Grinch figured it out…maybe there’s hope for the rest of us too!

2 thoughts on “it came just the same”