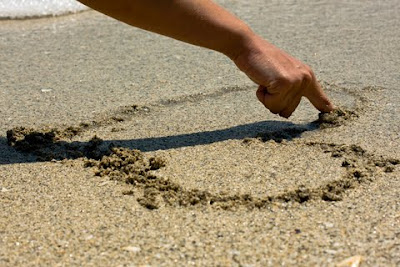 Linking up with the Gypsy Mama again. Five Minute Friday is “a time when we just write for 5 minutes not worrying whether everything is just right.” If you would like to join in CLICK HERE.

“At this, those who heard began to go away one at a time, the older ones first, until only Jesus was left, with the woman still standing there. Jesus straightened up and asked her, “Woman, where are they? Has no one condemned you?”

Ever wonder why it was the older ones who were the first to put down their stones and walk away? Could it be because, unlike the younger men, their life resumes were tarnished with a few more years of sin and failure.

“Let any one of you who is without sin be the first to throw a stone at her.” (vs 8)

Perhaps, the older men thought back over their many years of living, and for a brief moment after Jesus’ question, their biggest failure replayed in their head.

Older often means we’ve had more time on earth to take more wrong turns and experience more seasons of stumbling. The older men were first to recognize this. Their track record over the years was not perfect and they knew it.

Many in life don’t grow wiser simply because they lived a righteous life, many grow wiser because the older they get the more they recognize how many times they’ve fallen short.

12 thoughts on “The Older Ones First”